You are here: Home / presentations / An Introduction to SIT in Virginia Beach 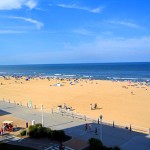 The student chapter of  Chi Sigma Iota in the School of Psychology and Counseling at Regent University has asked me to give a presentation, and I am going to speak on Sexual Identity Therapy (SIT). The presentation is Friday, October 30th, from noon to 1pm on the Regent University campus (CRB 227) for those in the area.

What I’ll be saying by way of introduction is that SIT is an approach to sexual identity in counseling that is a “third way” model that is an alternative to the often-polarized models of gay affirmative therapy and reorientation therapy. Also, the SIT Framework is itself an approach that fills a void identified by the American Psychological Association’s (APA’s) task force on appropriate therapeutic responses to sexual orientation. That is, in their recently released background document the task force encouraged alternative models that were affirmative but not gay affirmative. Affirmative models would be client-centered and identity-focused; they would also emphasize social support and coping skills. The SIT Framework was  identified as one such appropriate approach, as was the narrative sexual identity therapy model that I previously published in American Journal of Family Therapy.

For this initial presentation, rather than go into narrative sexual identity therapy, I will just review the four main concepts in how I provide SIT: (1) the three-tier distinction (between same-sex attraction, homosexual orientation, and gay identity), (2) weighted aspects of identity, (3) ‘attributional search’ for identity, and (4) congruence.