You are here: Home / presentations / SIT at the CCCU Conference 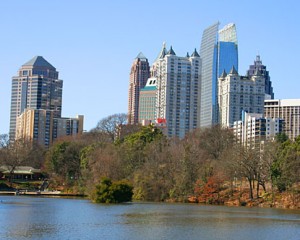 I just returned from the Council for Christian Colleges and Universities (CCCU) International Conference in Atlanta. The theme of the conference was Critical Breakthroughs. I made a presentation titled “Navigating Sexual Identity Issues on Christian College Campuses.” It was a talk based on the past several years of visiting CCCU-affiliated institutions, speaking to faculty, staff, and students at these schools and providing consultations in the area of sexual identity. The talk also features some of the findings from the study of 104 Christian sexual minorities on three CCCU campuses.

The reason I am noting this talk on the SIT Framework site is that toward the end of the session I introduced Sexual Identity Therapy as an approach I prefer and discuss with campus counseling centers as the way I approach it is based on theoretical and research understandings of the four key concepts. First, I discussed the three-tier distinction between same-sex attraction, a homosexual orientation, and a gay identity. Such a distinction creates ‘intellectual space’ for using descriptive language while exploring identity considerations. Second, I discussed weighted aspects of identity, by which I mean that people consider many factors when they make decisions about public and private sexual identity labels. These ‘aspects of identity’ include biological sex, gender identity, attractions, intentions, behaviors, and beliefs/values. Third, I discussed joining people on an ‘attributional search’ for identity. This means exploring with students the meaning that they make out of the fact that they are attracted to the same sex. The fourth and final key concept for me is congruence. This means helping people line up their beliefs/values and behavior/identity. I have found this to be a natural result of the first three key concepts.

The audience was really interested in the various suggestions for navigating sexual identity issues on Christian college campuses. The introduction to SIT was more peripheral in the context of the larger discussion of these issues — I was emphasizing more of a community or systemic response; however, I wanted to discuss the direction I encourage on college campuses and the discussion of the four key concepts are also relevant to the community/systemic considerations as well.