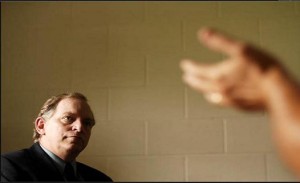 During the first week of August, the American Psychological Association’s Task Force on Appropriate Therapeutic Responses to Sexual Orientation released a report outlining findings of a two year investigation. The sexual identity therapy framework was referenced prominently and favorably in the report. An upcoming post will provide more information on the APA report.

This post notes an article in the Wall Street Journal by Stephanie Simon which describes the new APA report and the similarity between the APA suggestions and the SIT framework. Here are excerpts:

The men who seek help from evangelical counselor Warren Throckmorton often are deeply distressed. They have prayed, read Scripture, even married, but they haven’t been able to shake sexual attractions to other men — impulses they believe to be immoral.

Dr. Throckmorton is a psychology professor at a Christian college in Pennsylvania and past president of the American Mental Health Counselors Association. He specializes in working with clients conflicted about their sexual identity.

The first thing he tells them is this: Your attractions aren’t a sign of mental illness or a punishment for insufficient faith. He tells them that he cannot turn them straight.

But he also tells them they don’t have to be gay.

For many years, Dr. Throckmorton felt he was breaking a professional taboo by telling his clients they could construct satisfying lives by, in effect, shunting their sexuality to the side, even if that meant living celibately. That ran against the trend in counseling toward “gay affirming” therapy — encouraging clients to embrace their sexuality.

But in a striking departure, the American Psychological Association said Wednesday that it is ethical — and can be beneficial — for counselors to help some clients reject gay or lesbian attractions.

The approach described in the article is not step-by-step the methodology of the SIT framework. This is because we designate an individualized approach which may involve some of the steps noted in the WSJ article but not all and certainly not in any set order.

The APA report mentions as one possible framework the approach taken by Dr. Throckmorton, who teaches at Grove City College and has a Ph.D. in community counseling. He starts by helping clients prioritize their values. Then he shows them stock video of a brain responding to sexual stimuli. When the clients see how quickly the brain lights up, they often feel relieved, he said, because they realize that their attractions are deeply rooted.

Dr. Throckmorton says at that point, some clients choose to accept a gay identity. Others, however, say they prefer to live in accordance with their faith.

In therapy that can last years, Dr. Throckmorton says he tries to help these clients accept that their attractions will not go away — but need not define them. Many clients, he said, learn to override sexual impulses, reminding themselves that what looks like an oasis will only “take me farther away from what I really want to be,” as he puts it.

Stay tuned for more about the APA report and the SIT framework.